We had dinner at Dotonbori in Osaka Japan. They had delicious yakatori at an affordable price and then a typical style city breakfast the following morning.

We arrived at Osaka and found some very affordable accommodation, checked in and did the room review.

It was just a single room with a shared bathroom, but hey at the price who is complaining. Unfortunately you don’t have the choice of non-smoking, and the room did have a heavy stench of cigarettes even with the window open.

We then went out for dinner in the centre. Osaka has a reputation for it’s food and nightlife. And strolling through the city you can see why, there was a real vibrance and energy to the place.
The area is Dotonbori, one of the famous towns in Osaka. 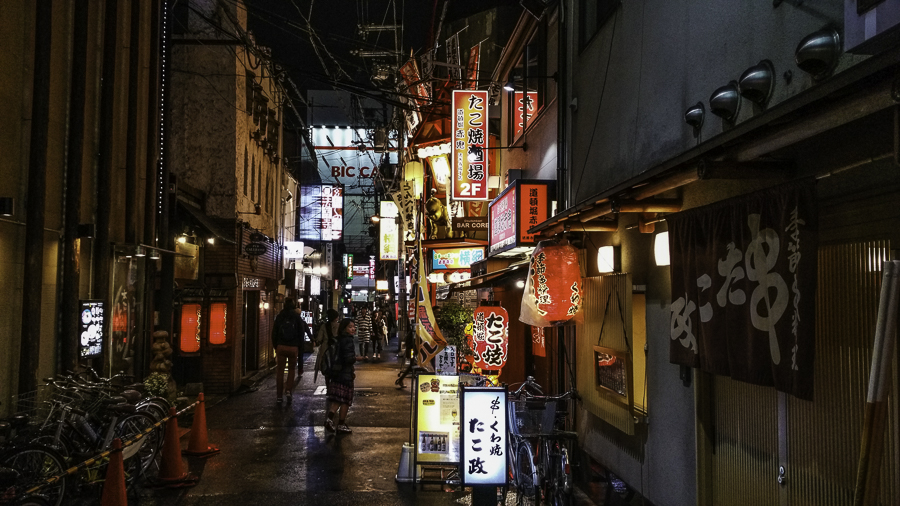 Looking for dinner in Osaka, Japan

We had Osaka Yakitori, it was so yummy!! And really good value as well. Before we knew it we had eaten too much food, but we didn’t mind. 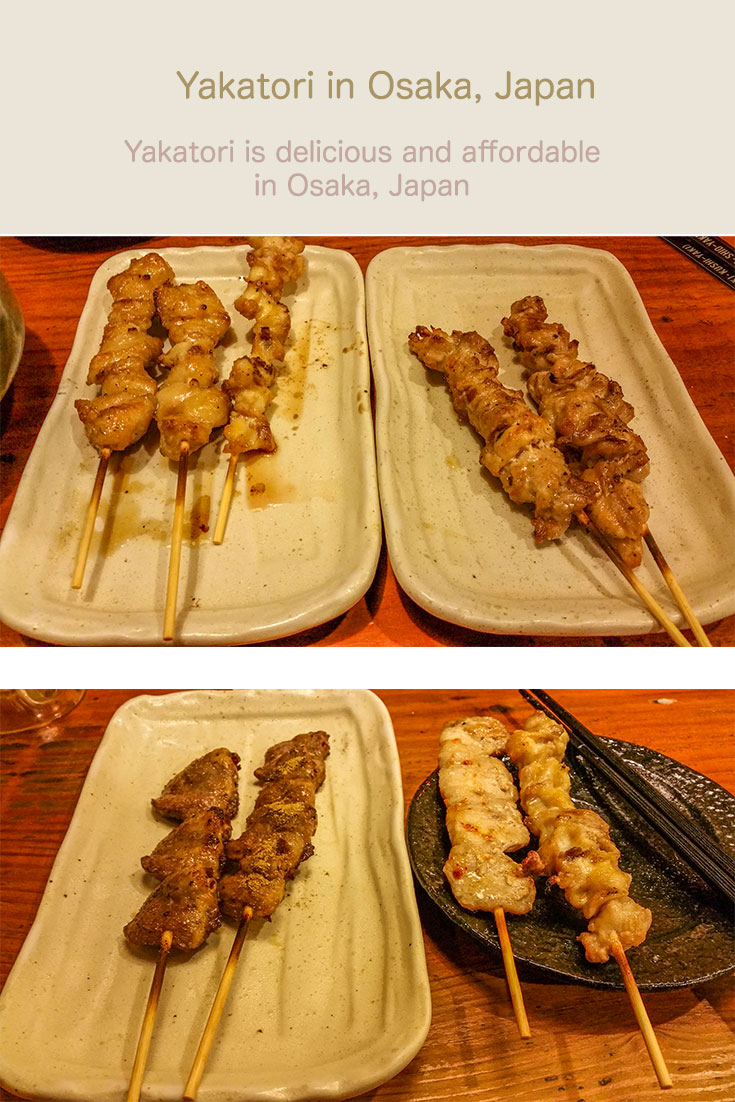 We checked out of the hotel the following morning. It was very crowded at the reception area with many people checking in at the same time people were checking out and this was at around seven in the morning.

We found a place for breakfast just down the road from the hotel, it was a traditional Japanese style of city breakfast, which is a boiled egg, coffee and thick piece of toast. If you want something more substantial at a better value we would recommend a family restaurant breakfast deal.

After that it would be a short train trip to Nara.