We decided to have sushi in Kanazawa fish market for breakfast. Sushi is often a popular option for breakfast in Japan.

We went to the Fish Market, ‘Oumicho ichiba’ known in Kanazawa. There were lots of fish mongers and other kinds of shops and Sushi stalls. They open early starting from around 7 or 8 (official open time is 9am but they tend to open earlier). 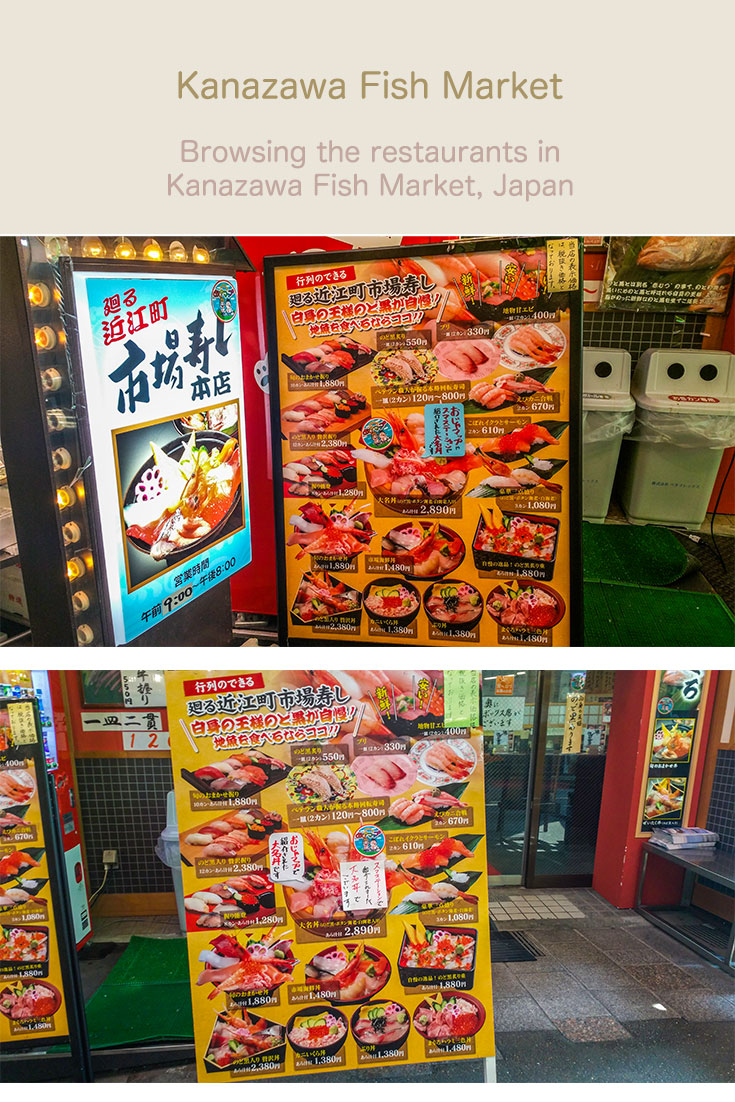 Wandering through Kanazawa Fish market in Japan looking for fish for breakfast. 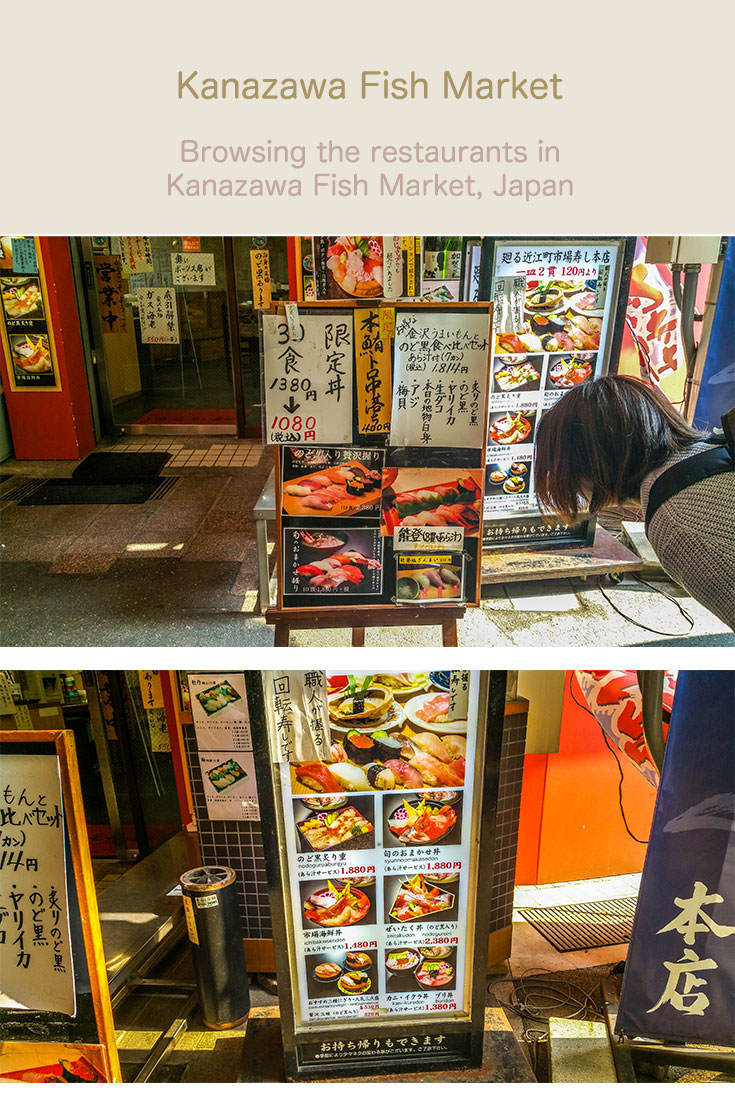 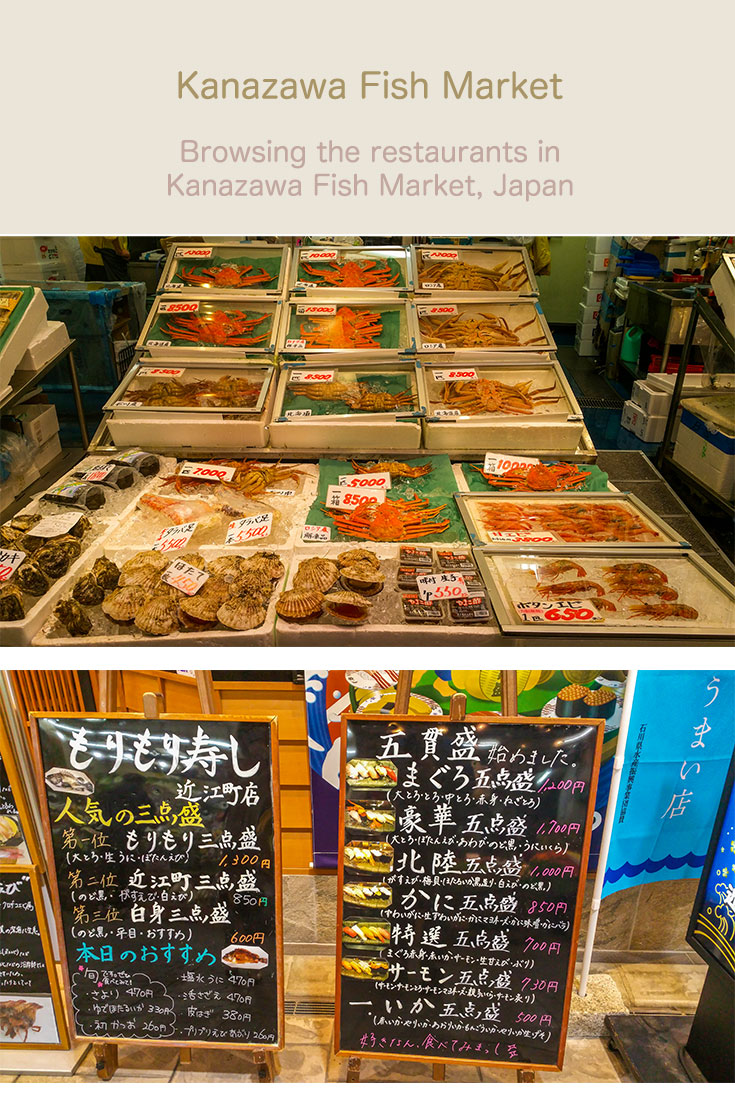 We were convinced by the friendly lady to buy some healthy green tea. 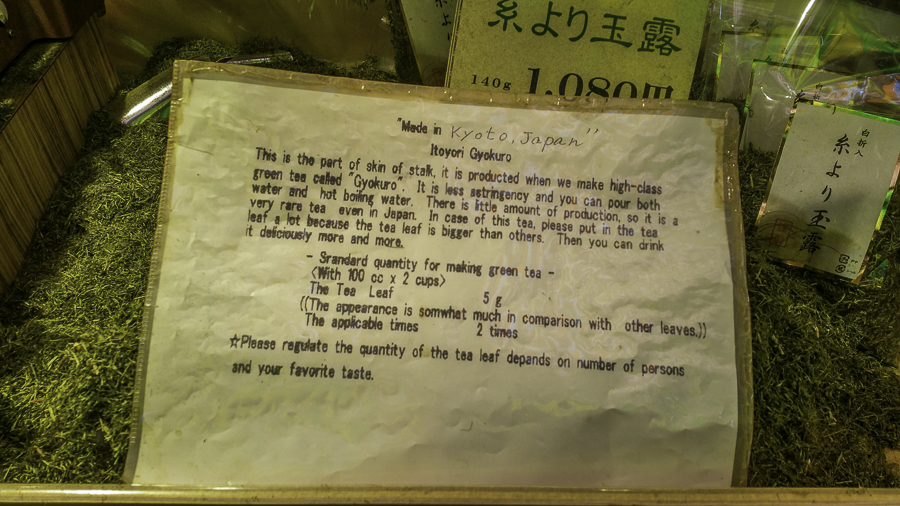 We entered one of the Sushi restaurants. They had Kaiten Sushi (conveyor belt Sushi train) style but also you can order various of fresh Sushis or Sashimis.

We ordered the tuna Sushi set. 5 pieces of high quality Tuna (Maguro) Sushi, caught in the Japanese ocean, including the fatty tuna which is normally the expensive bit. The 5 pieces set was only around 1000 yen mark. 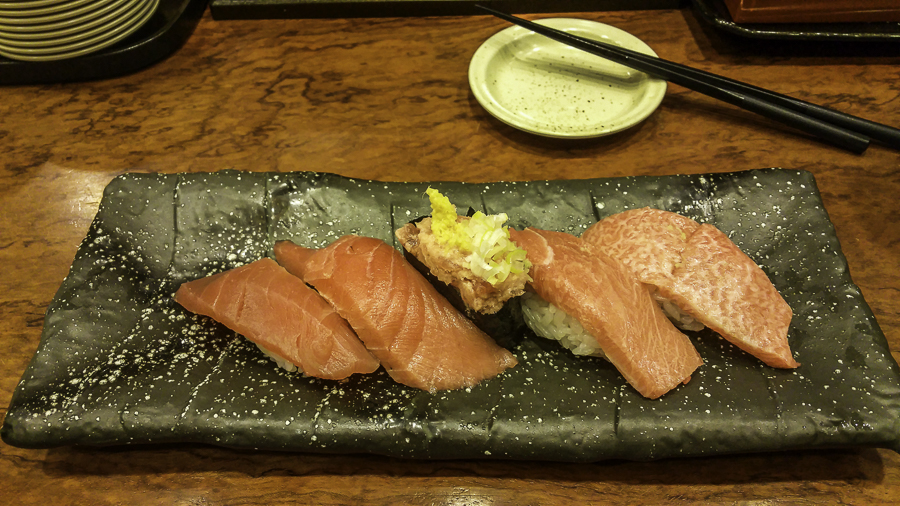 Found a sushi restaurant to have tuna sushi for breakfast, was some of the best sushi we had ever had.

After the sushi breakfast we have just a few mins to race back to the hotel to checkout. After that we had a look around some of the traditional style buildings and shops. 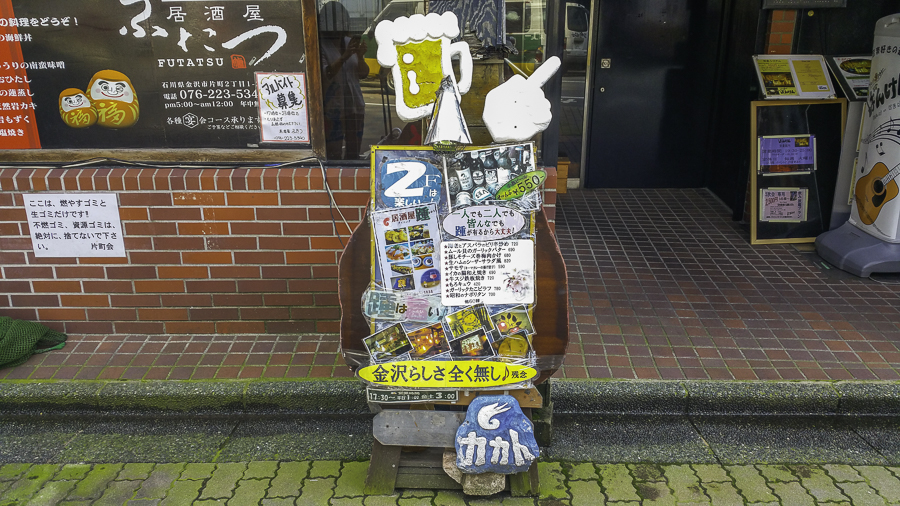 June was amused by this restaurant which stated their special quality was that they had no atmosphere.

And then it was time to catch the train to Aomori. 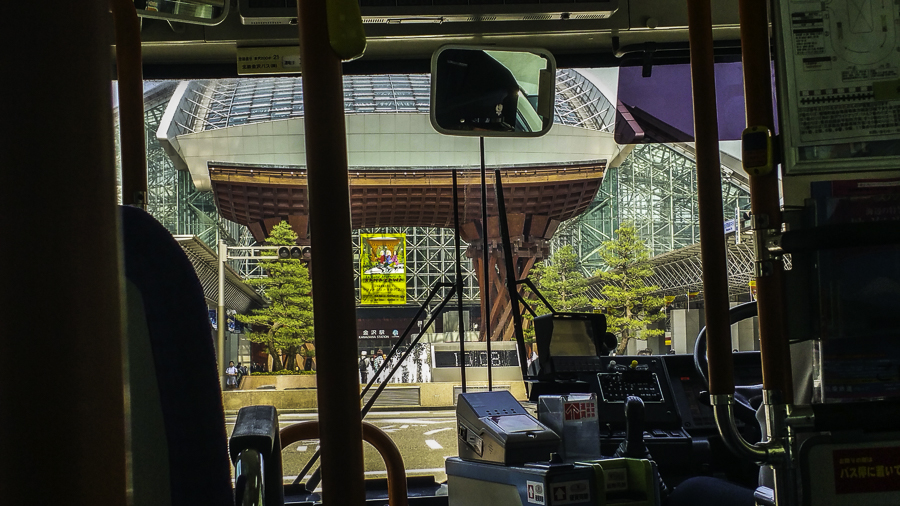 Catching the bus back to Kanazawa station, Japan.