After spending the day in Nagasaki we caught the train to Kumamoto to sample the night life there. 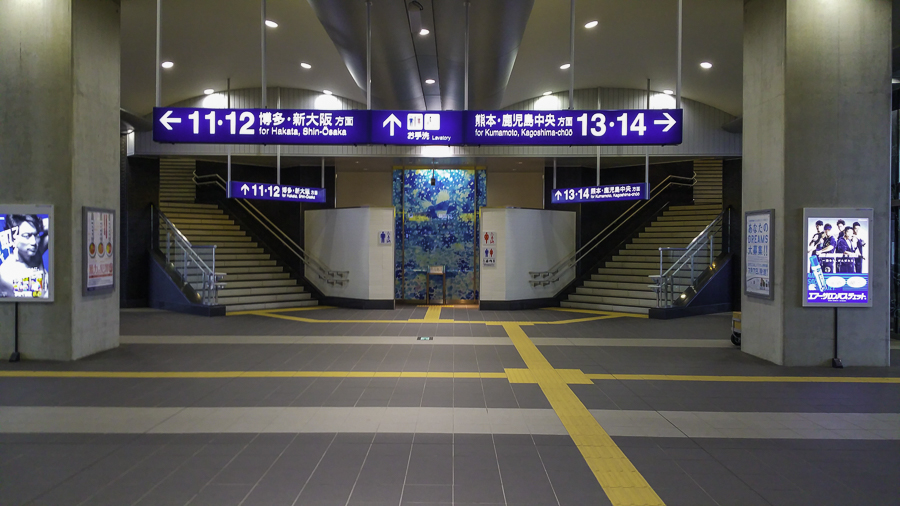 Train station to get to Kumamoto

We transferred to Shinkansen and were very impressed by the style of the kyushu Shinkansen’s. They were very new with stylish wooden chairs. 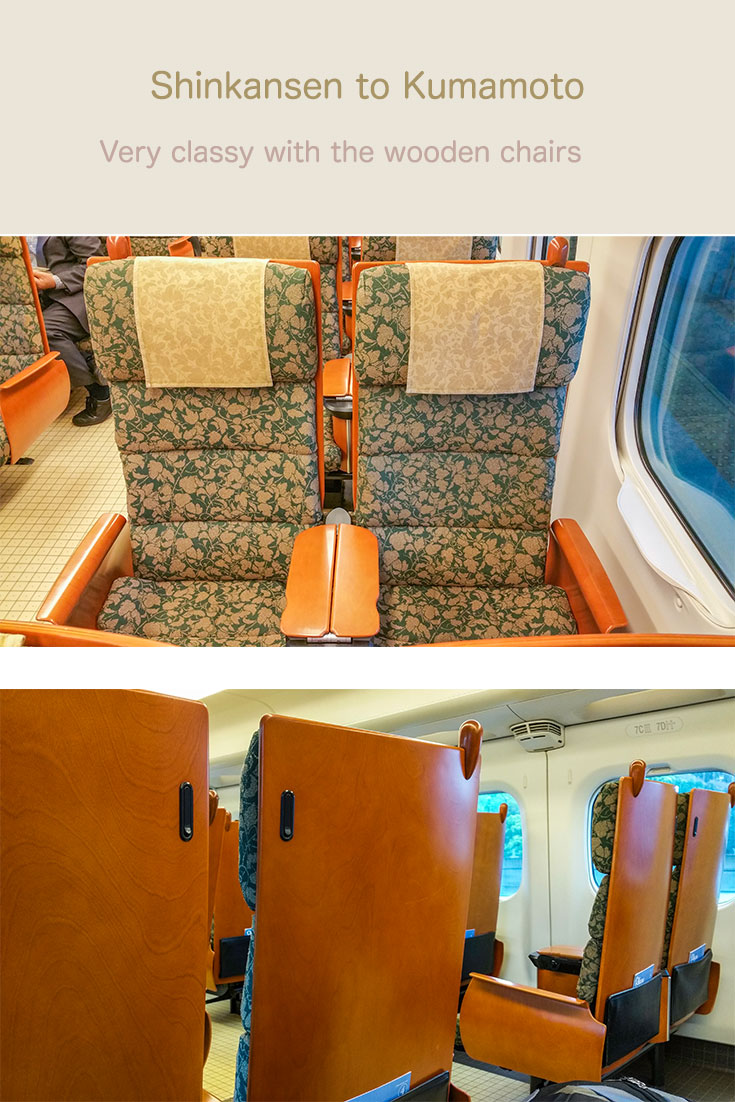 The interior of the Shinkasen that travels through Kyushu, Japan.

Unfortunately we arrived at around 5pm on a Friday where everybody was either heading home or going out for a good night out.
So there was a healthy queue to get onto the tram, which would take us to our hotel. It was impossible to get off the tram for the first four stops due to the amount of people on the tram. But we managed it on the next stop.

We then did our routine room tour vlog, and then had to get our laundry out of the way.
After that it was time for us to sample the Kumamoto nightlife.

Kumamoto has a large impressive shoutengai (entertainment district) and it was buzzing with Japanese salarymen and many hostess’s looking to entice them into their bars and clubs. 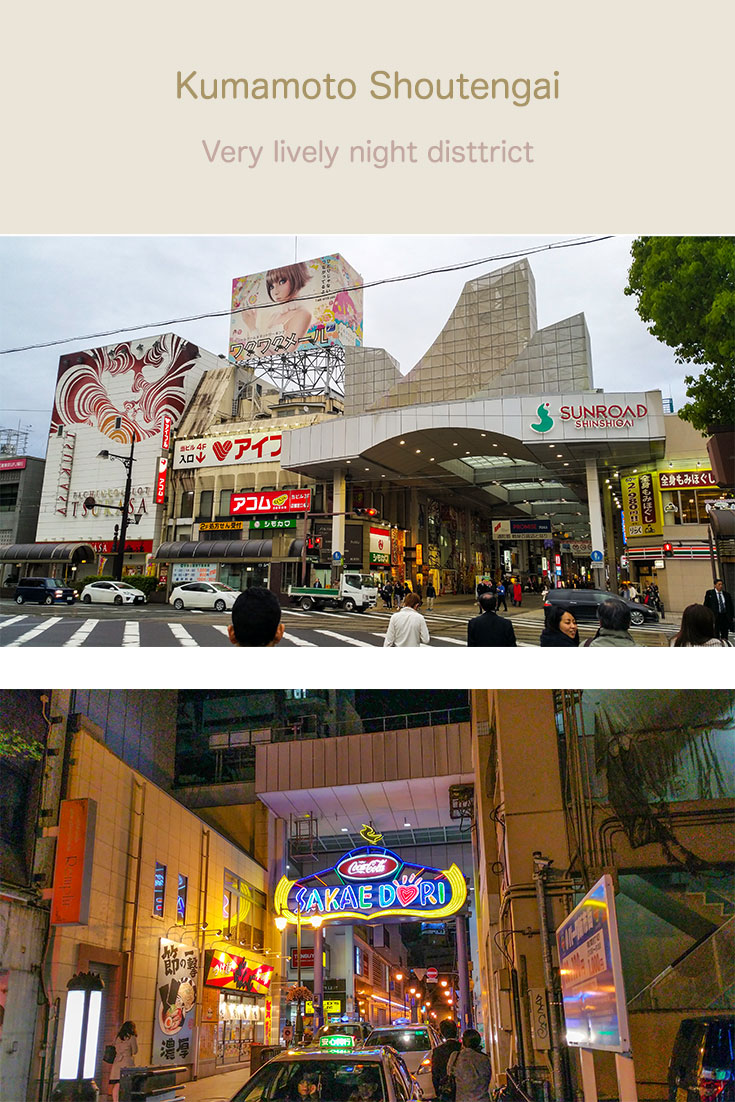 Kumamoto’s impressive night district area. One of the best places to party in Kyushu, Japan if you don’t mind raw horse meat.

We went to sample Kumamoto’s local food – Baniku or Sakura-niku which is horse meat. Japan has two areas which pride themselves on the quality of the Baniku, one is South Nagano and the other is Kumamoto. 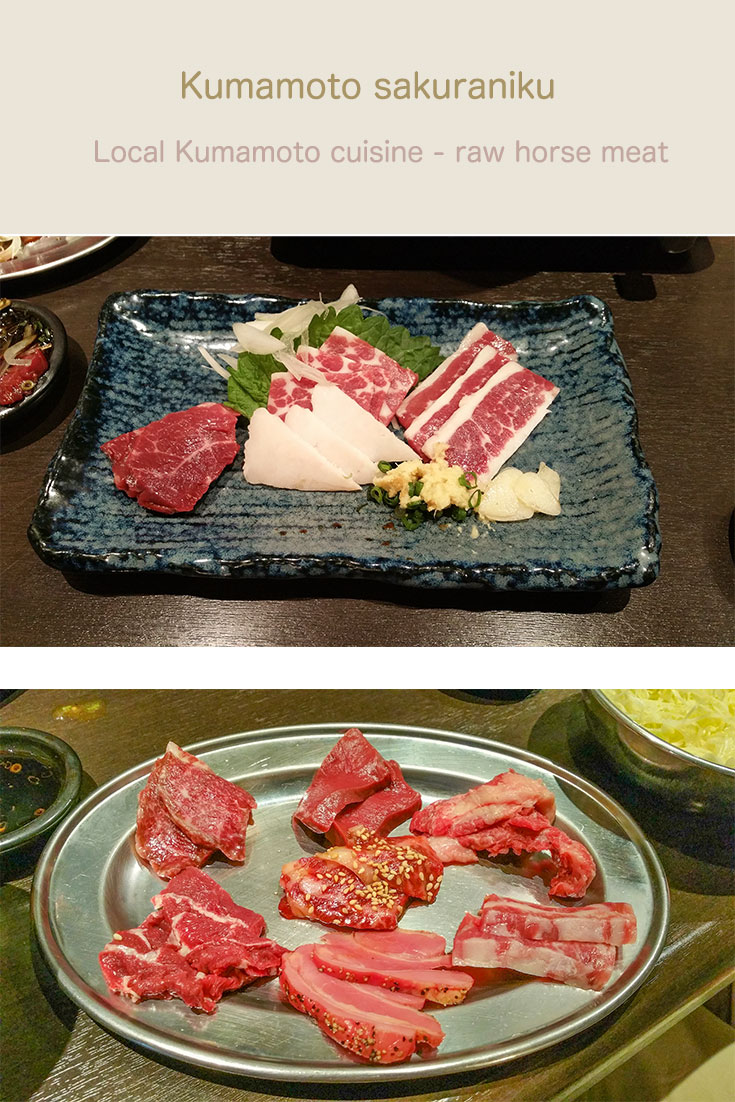 We found a local kumamoto horse meat restaurant down one of the side roads of Shoutengai which was basically a Baniku restaurant and offered if in several styles.
Both of us unanimously agreed that this was the best baniku we had ever tasted.

Kumamoto’s restaurants are also very good value, and this one offered nomihoudai (all you can drink) for 1000 Yen. An offer that we could not refuse.

After a delicious and enjoyable meal we realised that we had been doing nomihoudai without taking an ukon prior to drinking.
So in the spirit of better late than never we found the local convenience store which had more than enough selection of ukon for us to select. Ukon seems very popular in Kumamoto.

After the last ditch attempt to remove any potential hangovers we then retired to the hotel room.