We spent the day in Nagasaki after leaving Hakata. We viewed the atomic bomb epicentre along with the peace park. Then viewed the 26 christen martyrs memorial, glovers garden and then had Chinese for lunch.

We arrived at Nagasaki. Nagasaki has a nice modern train station with a dramatic view on exiting the station. 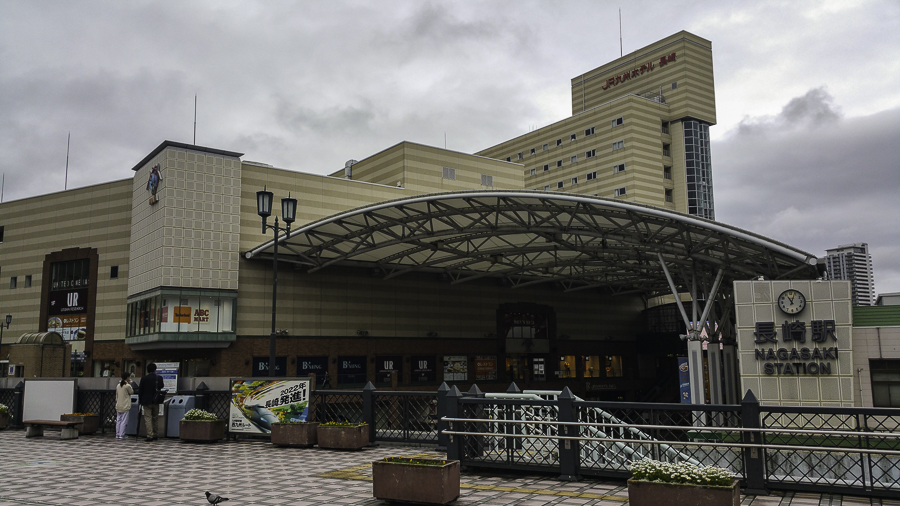 View from outside Nagasaki train station.

There are trams just outside the station, which gives the Nagasaki train station area a nice and comfortable feel to it.

We took a tram to go to the atomic bomb epicenter and peace park. It was very sad reminder about what had happened, as we had felt in Hiroshima too. 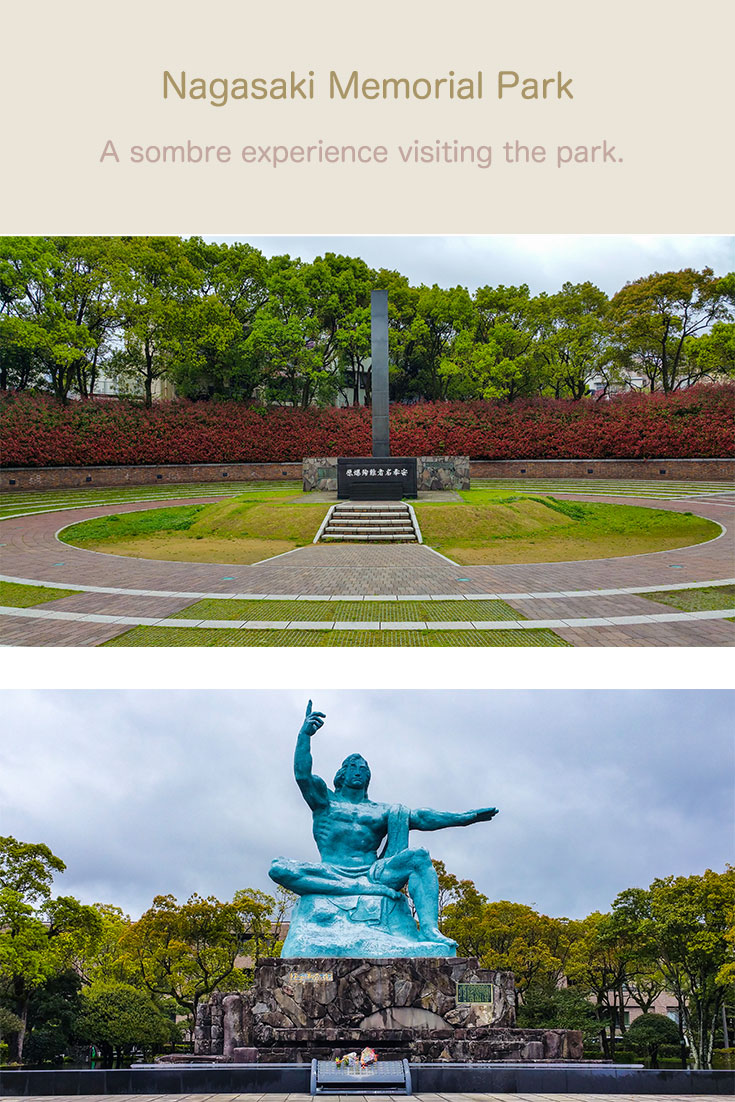 We also meet a survivor from the bomb who had set up his own little shrine. At the time of our visit he was 85 years old and Nige commented on such a youthful & healthy appearance for a man of that age.

Nagasaki survivor was on a train when the atomic bomb exploded.

We then caught the tram to the 25 martyrs memorial where a group of Christens were executed by crucifixion. There were also plenty of cats wandering around the memorial and looking for a rub or cuddle.

26 Martyrs memorial where the 26 christens were crucified.

Be aware of the drinking fountain, it’s super charged. The memorial also offers a good view of Nagasaki’s harbour.

After that we went to around Oura cathedral, Glover garden, holland slope and Chinatown. The view was nice from the hill near there.

Nagasaki canal view on the way to Glovers garden. 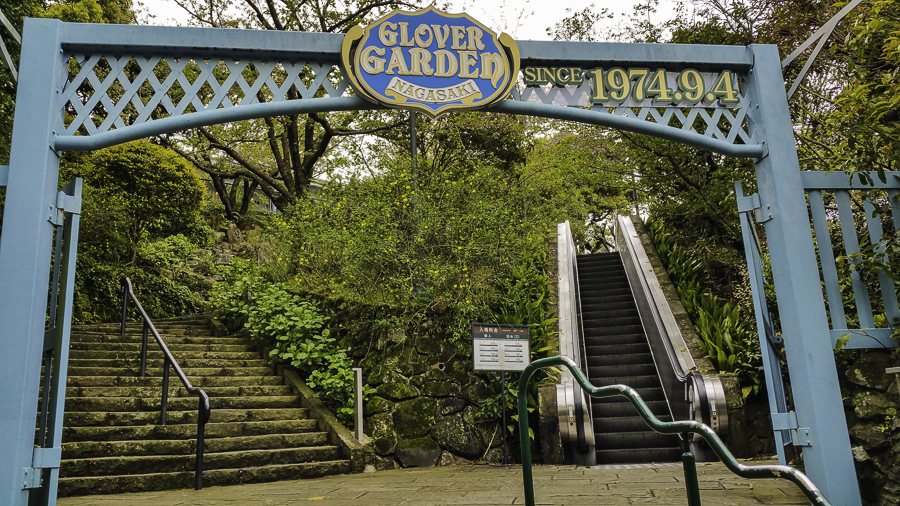 The entrance to glovers garden. Steps or escalator, the choice is yours.

We ate Nagasaki Chanpon noodle and Sara udon both which are famous Nagasaki food. Chanpon’s a soup noodle, a little similar to ramen but slightly different. Chanpon has thick noodle compared to ramen. There were lots of vegetable and seafood on top. 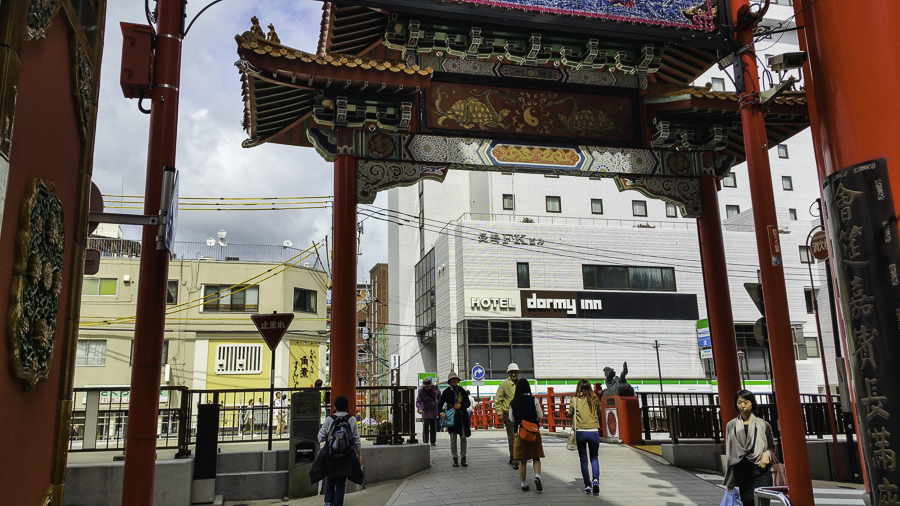 Sara udon is a crispy noodle with thick sauce added and with vegetable and seafood on top. The crispy noodle became softer when immersed in the thick sauce. This is a must try Nagasaki food.

Even though we had travelled from Hakata, Nagasaki would not be our final destination for the day for we would be spending the evening in Kumamoto. 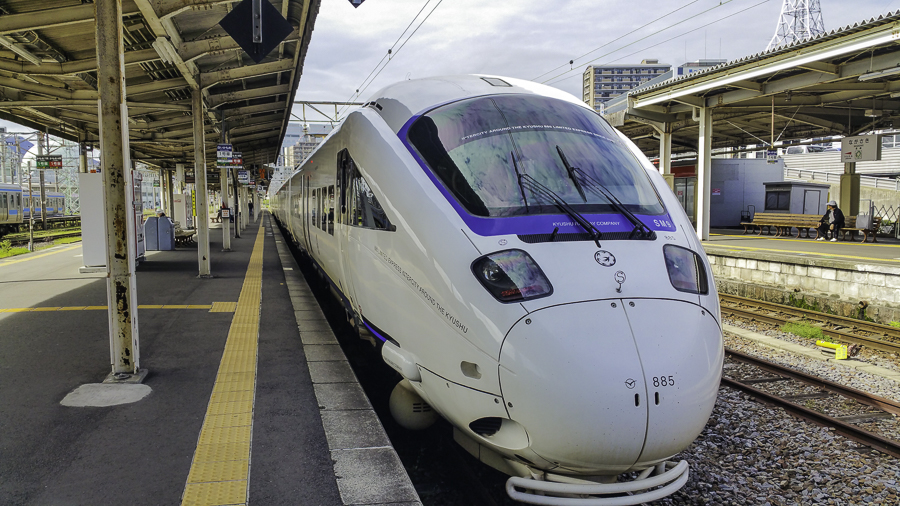 Catching our train to take us to Kumamoto.