Nige & June visit the live kagoshima volcano island, Sakura-jima. This is a live volcano directly in front of Kagoshima’s harbour.

We woke up in Kumamoto in surprisingly good condition after the nomihoudai. It looked like the udon had worked again

We paid the price of rushing to catch the tram, and jumped on the wrong one which took us to a different location, not the train station.
This lost us about 45 mins, precious time which would cut into our day in Kagoshima.
Fortunately which managed to make it up and lose only a few minutes by catching the next Shinkansen from Kumamoto to Kagoshima.

We must have still been 1/2 asleep because we forgot to put our suitcases in the train station luggage, after back tracking to the station and putting our 100 Yen coins in the locker the machine got jammed and would not accept any more coins. June went to the station office and waited in line in a huge queue. Luckily enough one of the station guards spotted Nige looking suspicious and fixed the locker. 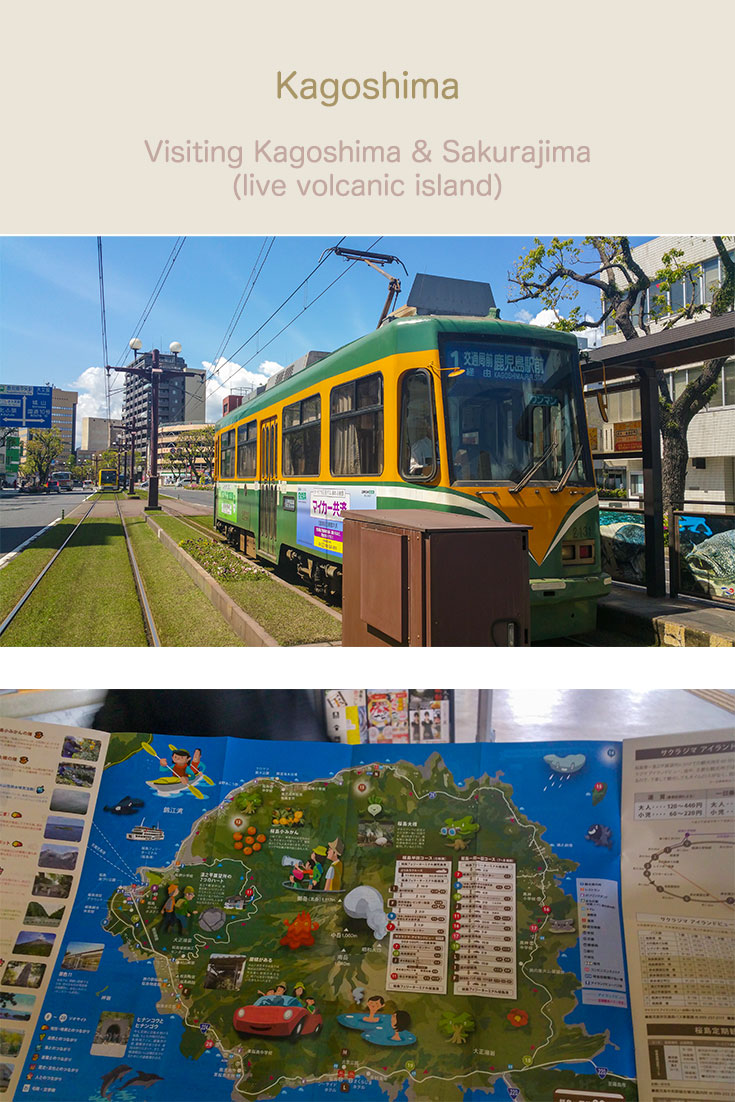 We caught the tram to make our way to Sakura-jima volcano island. There’s a great view when you watch it from the ferry. 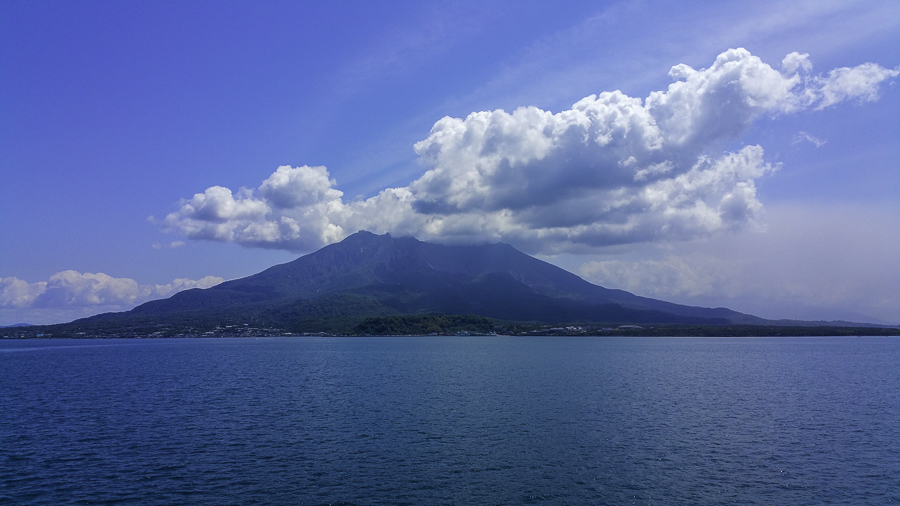 View of Sakurajima from the ferry.

Luckily it was very nice weather. It is only a short journey to Sakura-jima and the boats run 24hrs. 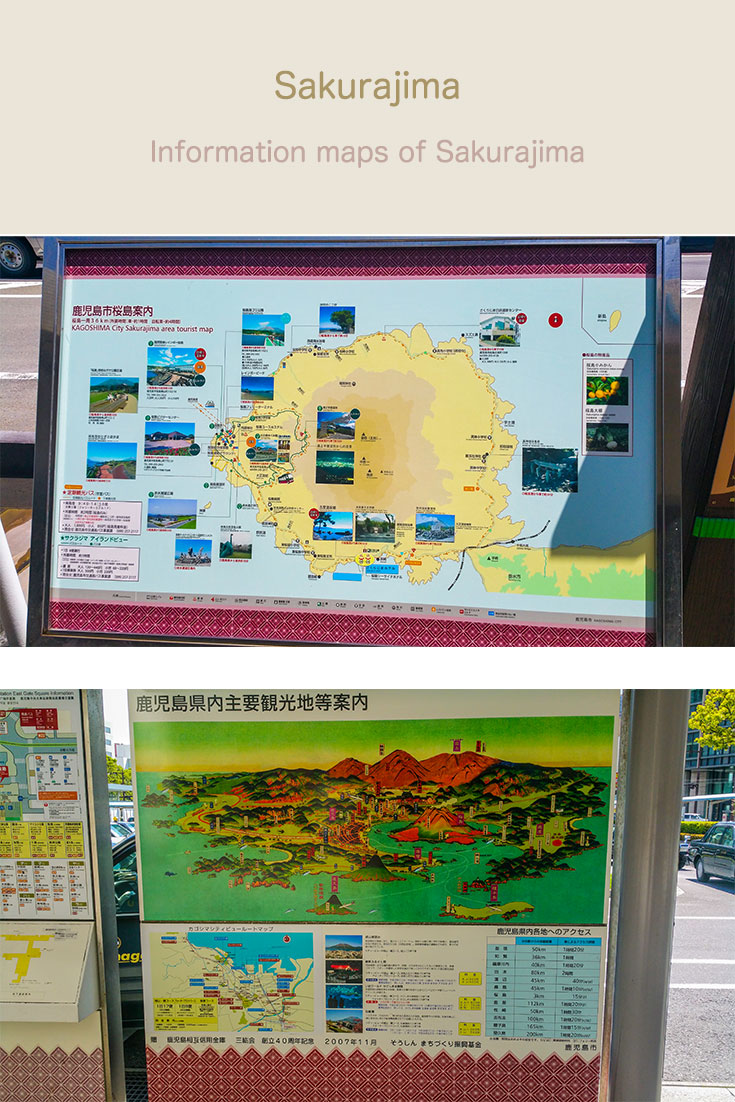 Unfortunately there was not enough time so we could not go around the volcano which would require a full day, but we walked around the port. We pencilled in to return so we would be able to give the island the time it deserved. Volcanic ashes were found on the footpath in the city to demonstrate how active the volcano is.

Kagoshima is famous for its black pork so we looked for a restaurant in an area famous for black pork (kurobuto). Unfortunately this area had been relocated due to the construction of the Shinkansen train line. Since Nige & June were running out of time they decided to eat at the train station.
Once at the train station the popular black pork restaurants were full with long queues, so Nige & June went on the search for one nearby.
They managed to find a black pork restaurant down one of the side streets.

Time was starting to run out before their Shinkansen left for Kumamoto and unfortunately the staff were taking an age to prepare the meal. The lunch was finally delivered 20 mins before the train departed, so the meal was devoured at a great rush. 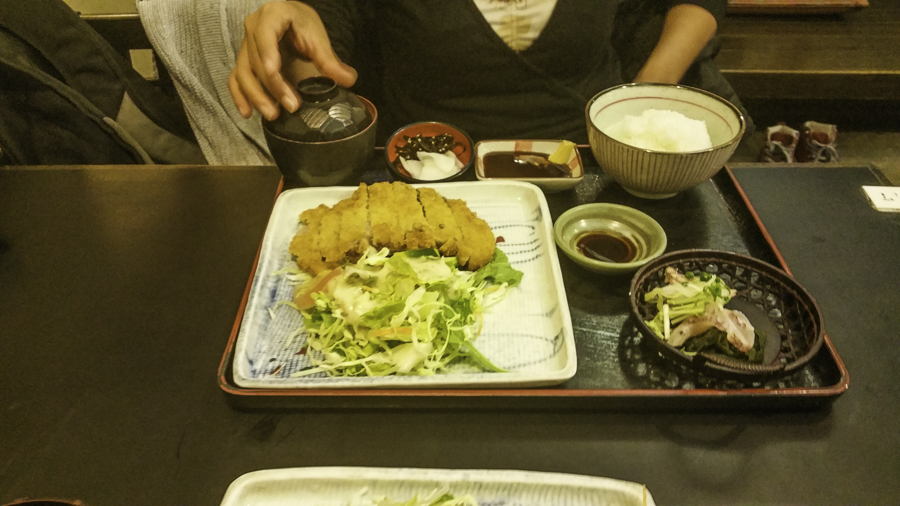 Kurobuto (black pork) is one of the local food that Kagoshima is famous for.

Nige & June then started running in an attempt to catch their train. Subscribe to see if they made it in time.