We successfully caught the Shinkansen back up to Kumamoto and then caught the Kyushu overland train to go across Kyushu.

This was a beautiful train journey and well recommended. It also offered great views of Mount Aso erupting. 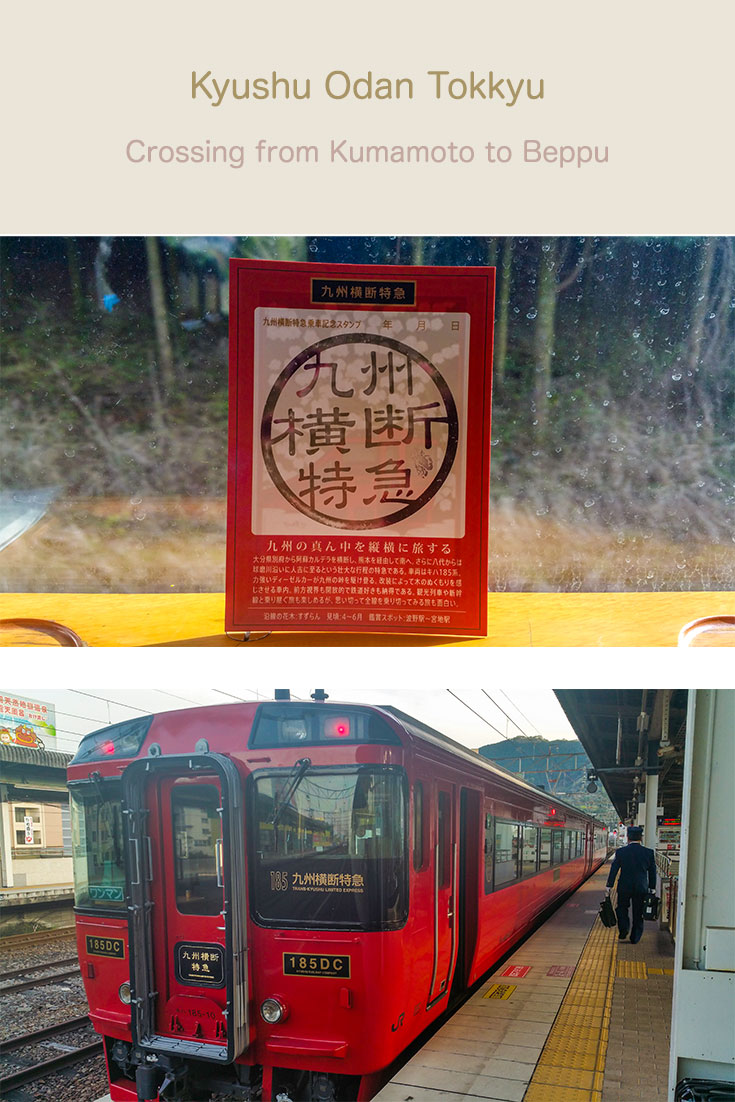 Catching the train from Kumamoto to Beppu, Kyushu, Japan.

We finally arrived at Beppu, the one of the Japanese famous Onsen hotsprings. And after a long train journey we really needed an onsen, any onsen would do. We found a local onsen for 100 Yen, it was a traditional style onsen with lovely hot volcanic water and of course it was very popular. 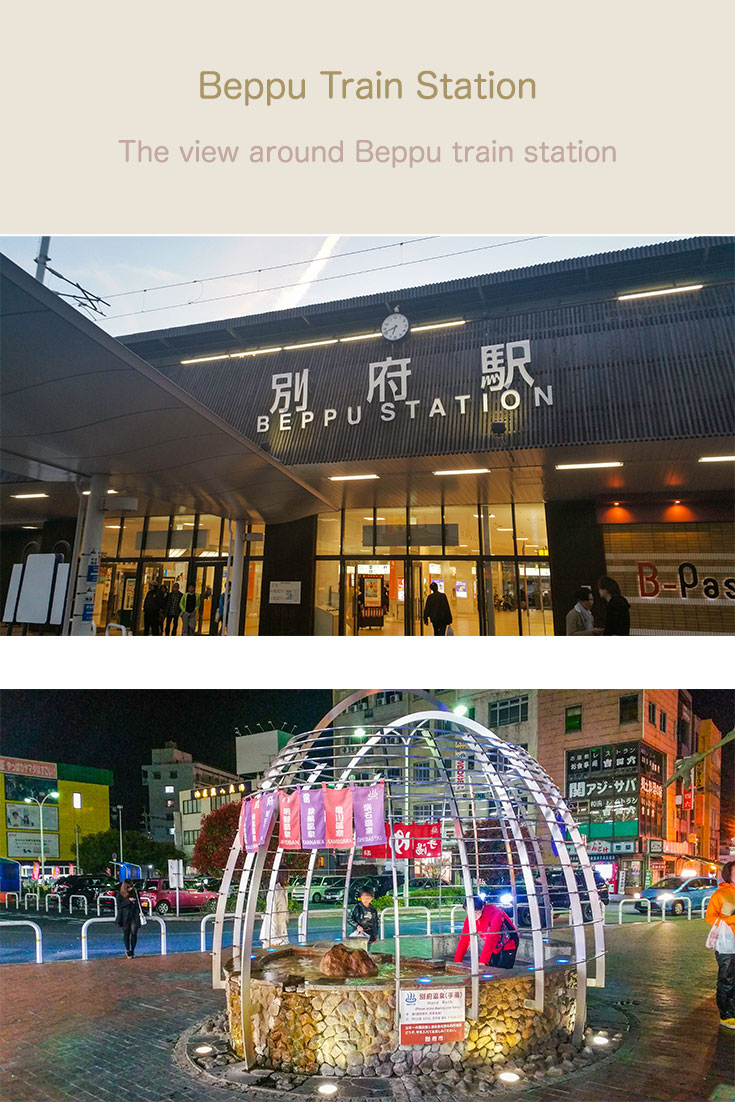 After that we moved to Oita station, checked into the hotel which was right in front of the train station. We were very hungry by that stage, the Shoutengai was very close to our hotel so we decided that it would be a good option.

We found a lovely looking restaurant that prided itself on its chicken wings, also the 300 Yen beer was an attractive option as well.

The owner was very friendly, in fact everyone in the restaurant was friendly and having a great time to which we joined in. The chicken wings were some of the best we had ever eaten and we were taught the proper technique for stripping the meat off the bones. 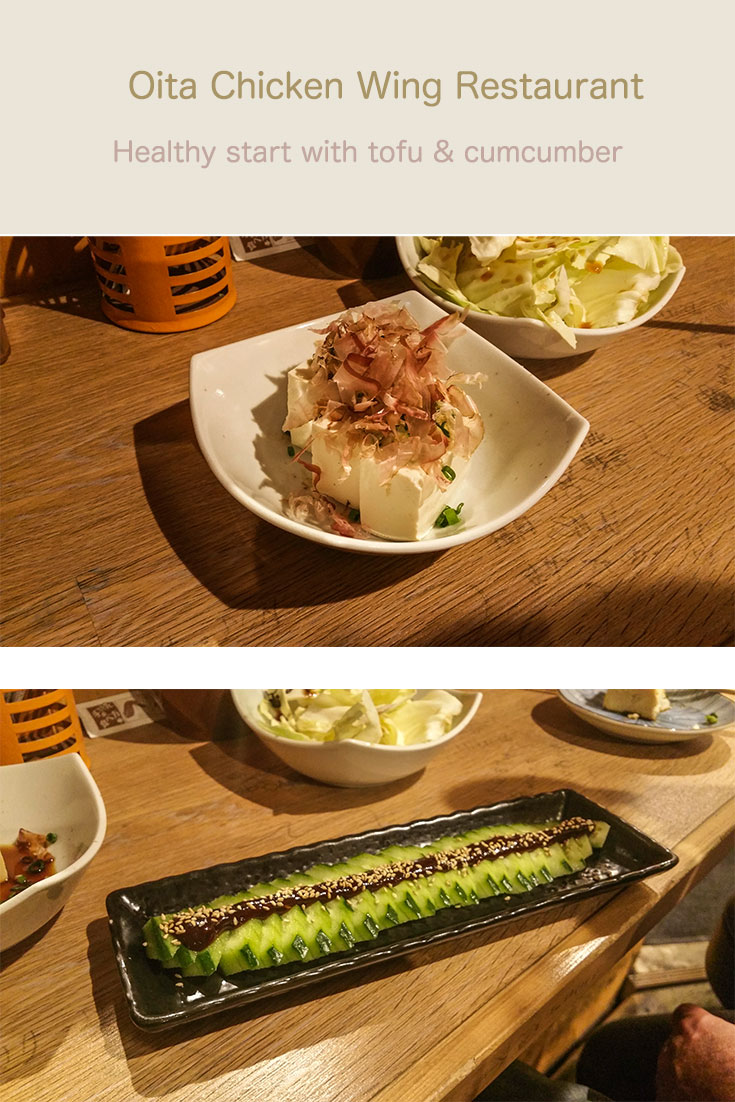 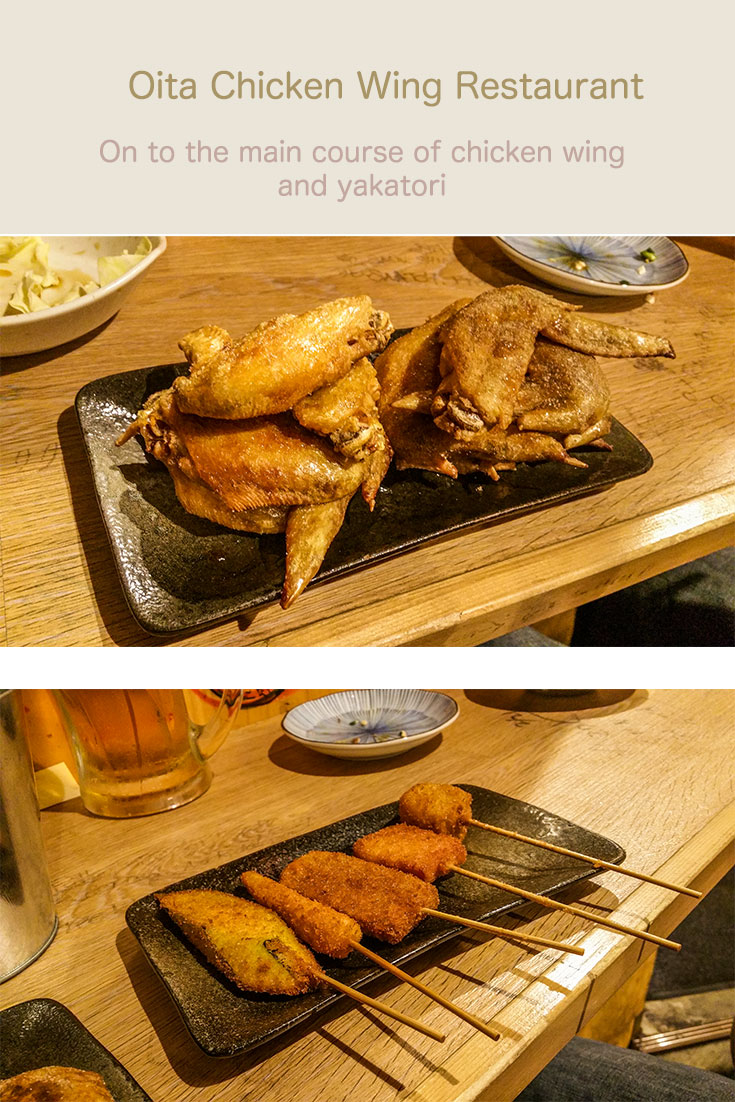 On to the main course of chicken wings, Oita, Kyushu, Japan.

Nige was also seduced by the dainama (large beers) and upgraded on his second beer.

This was one of the best nights yet that we had yet experienced on our rail journey and were starting develop a strong affection for Kyushu.